I think it’s funny that the “suggested posts” thing a the bottom of my last post suggested Paul and the Law – I guess because of the “Part 1”, etc. Funny.

Anyway, for the second leg of our Europe trip, we headed east. Our first stop was Prague, Czech Republic. BUT WAIT. Funny story to start us off…

Before we made it to Prague, we had to navigate many small towns. We made a wrong turn and ended up on a small, two-lane road. I suggested that we should probably turn around because this road just didn’t look right. SO, Hampton decided to attempt a three-point turn in the stick-shift car. (Not his first, mind you…)

Umm…there wasn’t much room on each side of the road and yeah, we…got…stuck. In a gravel ditch. On the side of a road. Somewhere in the “backwoods” of Czech Republic. Oh dear.

Thankfully, a nice Czech guy stopped (somewhat hesitantly) to help Hampton push the car out of the ditch. And I, who had never driven a stick-shift successfully before, got in the driver’s seat and slowly eased us out as the guys pushed. 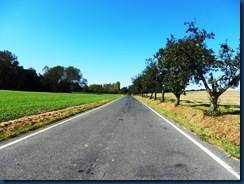 We DID get un-stuck and continued on our way. After much laughter. 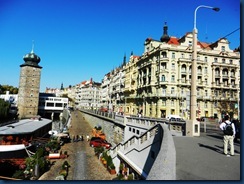 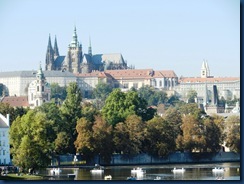 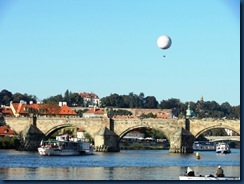 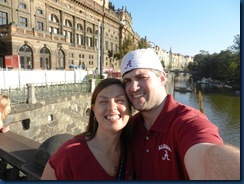 And I had to play with the color selection again… 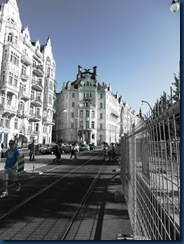 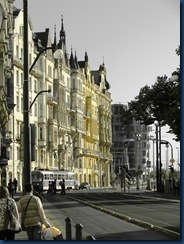 After Prague, Hampton decided we needed to take a detour on our way to Vienna, which was our next sleeping stop.

SO, we drove through Bratislava, Slovakia and the corner of Hungary to Vienna, Austria. This leg of our journey has another funny story. It wasn't funny at the time...but it's funny to look back.

As we were approaching the Hungarian border from Austria, we saw a police officer in the middle of the road. We were slowing down but still traveling pretty fast. Suddenly the officer starts waving at us (with either a white flag or a flashlight, I can't remember). He waves us over to the side of the road and makes us stop. We were pretty worried at this point, but stayed calm as the officer approached the car. Hampton rolled down the window and the officer asked for our passports and IDs. We gave him our stuff and he asked if it was a rental car. After our affirmative, the officer took our "papers" back to his car and looked something up on his computer. After a few minutes, he came back, gave us our IDs and passports, and said "goodbye." He walked off with no further words. Hampton and I sat there for a minute, thankful that there wasn't further trouble, then we drove on!

We got to Vienna fairly late, but managed to get an UPGRADE a the hotel! Junior Suite – yes, thank you! We woke up to a great view from our balcony… 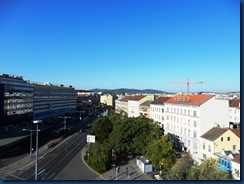 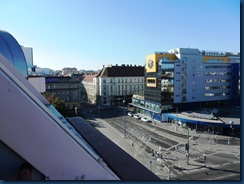 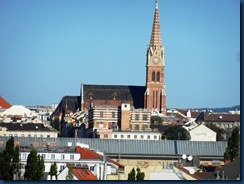 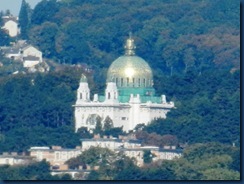 We left Vienna and drove to Lake Bled, Slovenia – which was just a short detour out of the way. We had to take a LONG tunnel to get from Austria to Slovenia… 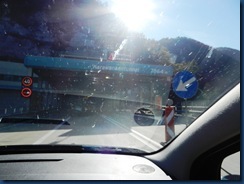 The drive was definitely worth it – BEAUTIFUL!! 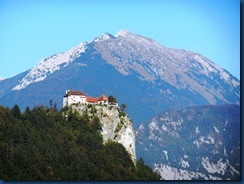 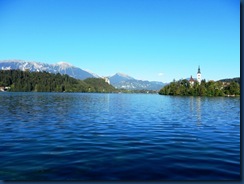 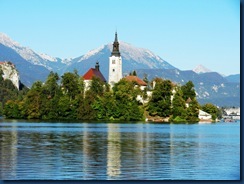 One of my favorite parts of our trip, for sure!

From here, we drove through the rest of Slovenia to Italy…on our way to ROME!

Next up, Rome and the Vatican City!
Posted by Nicole at 8:00 AM

Email ThisBlogThis!Share to TwitterShare to FacebookShare to Pinterest
Labels: Europe